In the upcoming summer term (starting on March 1), I will give the following courses at AAU:

Here are the courses I give this winter term, starting on October 3:

We submitted extended work on compound figure separation to the MTAP Journal.

Update: The revised version of our paper has been accepted for publication on Dec 1, 2016 and published online on Dec 29, 2016. The printed version appeared in January, 2018.

Abstract:
Content-based analysis and retrieval of digital images found in scientific articles is often hindered by images consisting of multiple subfigures (compound figures). We address this problem by proposing a method (ComFig) to automatically classify and separate compound figures, which consists of two main steps: (i) a supervised compound figure classifier (ComFig classifier) discriminates between compound and non-compound figures using task-specific image features; and (ii) an image processing algorithm is applied to predicted compound images to perform compound figure separation (ComFig separation). The proposed ComFig classifier is shown to achieve state-of-the-art classification performance on a published dataset. Our ComFig separation algorithm shows superior separation accuracy on two different datasets compared to other known automatic approaches. Finally, we propose a method to evaluate the effectiveness of the ComFig chain combining classifier and separation algorithm, and use it to optimize the misclassification loss of the ComFig classifier for maximal effectiveness in the chain.

In the upcoming summer term (starting on March 1, 2016), I will give the following two courses:

Course material will be provided for students in non-public Moodle. If you are not enrolled to these courses and interested in the course material, please drop me an e-mail.

Here are the courses I give this winter term, starting this week:

Our extended work on compound figure separation has been accepted as a regular paper at MMM 2016 conference. A preprint is available here.

We participated in the compound figure separation subtask of the ImageCLEF 2015 medical classification task (group AAUITEC). The paper describing our approach has been accepted for the CLEF 2015 Working Notes. A preprint version is available here.

Update: I presented a poster at CLEF 2015 in Toulouse on September 9, 2015. The paper appeared online in CEUR Workshop Proceedings. Here is the BibTeX citation:

Abstract:
Our approach to automatically separating compound figures appearing in biomedical articles is split into two image processing algorithms: one is based on detecting separator edges, and the other tries to identify background bands separating subfigures. Only one algorithm is applied to a given image, according to the prediction of a binary classifier trained to distinguish graphical illustrations from other images in biomedical articles. Our submission to the ImageCLEF 2015 compound figure separation task achieved an accuracy of 49% on the provided test set of about 3400 compound images. This stays clearly behind the best submission of other participants (85% accuracy), but is by an order of magnitude faster than other approaches reported in the literature.

The course will start on March 9. The course material will be made available in Moodle for participants only.

Update: I had my presentation at ACM Multimedia 2014 on November 5, and received the Best Doctoral Symposium Paper Award. The slides are availabe here.

My PhD proposal has been accepted by the ACM Multimedia 2014 Doctoral Symposium. The paper is available here.

Abstract:
The proposed PhD project addresses the problem of finding descriptions of diseases or patients’ health records that are relevant for a given description of patient’s symptoms, also known as medical case retrieval (MCR). Designing an automatic multimodal MCR system applicable to general medical data sets still presents an open research problem, as indicated by the ImageCLEF 2013 MCR challenge, where the best submitted runs achieved only moderate retrieval performance and used purely textual techniques. This project therefore aims at designing a multimodal MCR model that is capable of achieving a substantially better retrieval performance on the ImageCLEF data set than state-of-the-art techniques. Moreover, the potential of further improvement by leveraging relevance feedback of medical expert users for long-term learning will be investigated.

Yesterday I presented a poster of my PhD topic at the AAU Postgraduate Student & Young Faculty Conference (AAU Nachwuchstagung). The conference was a small university-internal event with the opportunity to talk to young researchers in other sciences or research fields, and to explain my PhD topic to them. 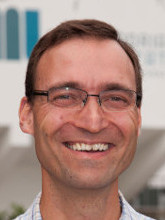